Anguish has taken wing, dispelled is darkness; for there is no gloom where but now there was distress.
The people who walked in darkness have seen a great light; Upon those who dwelt in the land of gloom a light has shone.
You have brought them abundant joy and great rejoicing, As they rejoice before you as at the harvest, as men make merry when dividing spoils.
For the yoke that burdened them, the pole on their shoulder, And the rod of their taskmaster you have smashed, as on the day of Midian.
For every boot that tramped in battle, every cloak rolled in blood, will be burned as fuel for flames.

Jesus said to them, "The light will be among you only a little while. Walk while you have the light, so that darkness may not overcome you. Whoever walks in the dark does not know where he is going. While you have the light, believe in the light, so that you may become children of the light....Whoever believes in me believes not only in me but also in the one who sent me, and whoever sees me sees the one who sent me. I came into the world as light, so that everyone who believes in me might not remain in darkness. And if anyone hears my words and does not observe them, I do not condemn him, for I did not come to condemn the world but to save the world. Whoever rejects me and does not accept my words has something to judge him: the word that I spoke, it will condemn him on the last day, because I did not speak on my own, but the Father who sent me commanded me what to say and speak.And I know that his commandment is eternal life. So what I say, I say as the Father told me." 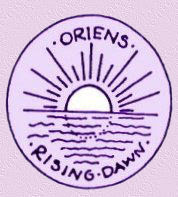 Return again to the creation story. What was the first thing formed from nothing by the Word? Light. But Who was this Light? St. John gives the answer (and expounds on it further in his first letter):

What came to be through him was life, and this life was the light of the human race; the light shines in the darkness, and the darkness has not overcome it. (1:3b-5)

Yet, once it thought it had succeeded with Adam and Eve, the darkness tried and tried again to overcome the Light during salvation history. But just as the echo of the Word still remained, so did a glimmer of Light. Noah saw it in the rainbow. Moses, who already viewed the burning bush, was privileged to see more than a glimmer on Mt. Siani. The Magi followed a star.

All of these pale when the Word spoke plainly:

"I am the light of the world. Whoever follows me will not walk in darkness, but will have the light of life." (John 8:12b)

++++++++++
O Dayspring, Brightness of the everlasting light, Son of justice, come to give light to them that sit in darkness and in the shadow of death!