The Way To Prepare, Again

Once again, we cry, "Maranatha!"

Once again, a variation of this appears on our dining room table.

Then, almost without warning, these make their presence known.

Yes, Advent is here. While we make all the material preparations for Christmas, the spiritual ones also command our attention. And so the next "four" weeks are set aside, corresponding with Israel's wait for the Messiah as foretold by the Prophets.

The theme is one of repentance, echoed in the ministry of St. John the Baptist. While not as severe as Lent, it is still a reminder of how sin, Original and individual, still mars the creation of God and the reason Jesus Christ came into this world.

Like the Blessed Virgin Mary, we are in the last days of our confinement. She, who has carried Him within her womb for the past eight months, will soon be delivered. May this Advent Season be filled with every grace and blessing as we await with joyful hope for the Prince of  Peace, which surpasses all telling, and the King of Love, which knows no bounds. 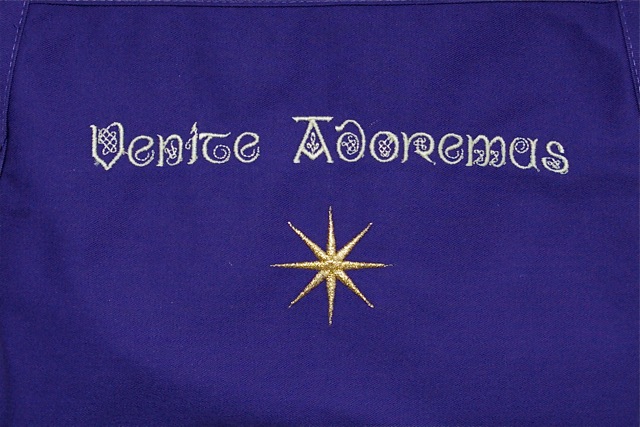 May we truly be ready to do this.

Posted by Ron Rolling at 4:00 PM No comments:

May our gracious God, Who bestows upon His creation all good things, continue to look kindly towards what He has made. May our loving Father, through his Son and in the Spirit, provide for our needs and fill our hearts with His love. May we, made in His image and likeness, give glad voice in praise and thanksgiving for all the blessing bestowed the past year, this day, and the coming weeks and months.

Happy Thanksgiving, everybody!
Posted by Ron Rolling at 7:00 AM No comments:

Catch Of A Lifetime 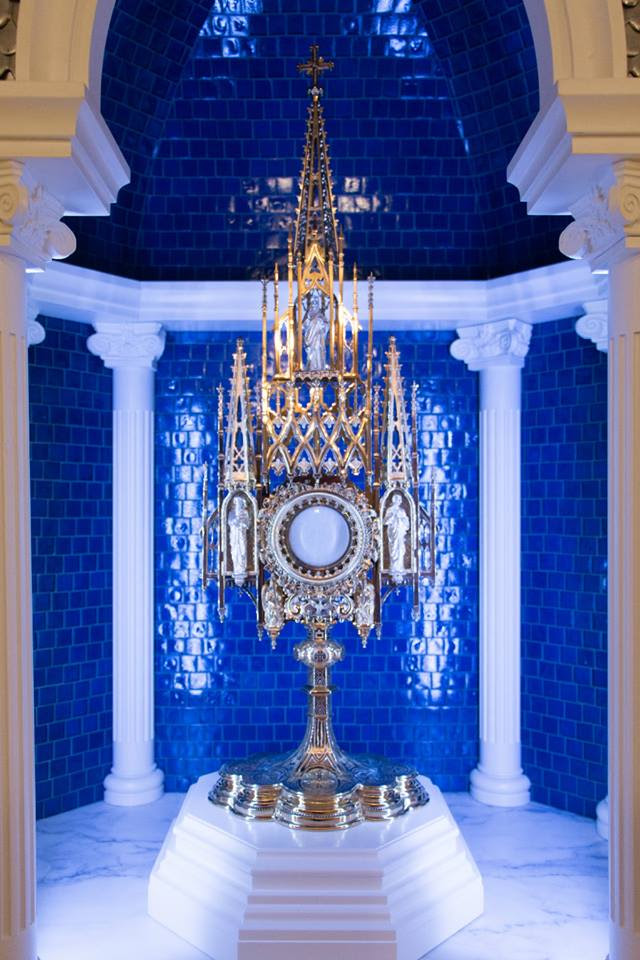 I never got into fishing when I was a child, but this is truly a whopper of a tale.

Alerted by a "friend of a friend" on Facebook, a sincere fedora doff goes to Deacon Greg Kandra, the 'blogmaster of The Deacon's Bench, which is found at the website Pathos. The above photo is from his 'blog; the story, from the original source. 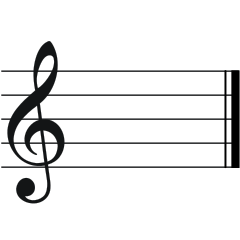 Today is the feast of St. Cecilia, Virgin and Martyr. She is the patron saint of musicians; thus, as I claim to be a church musician, she has an important role in my spiritual life. (And if anyone needs her intercession in this matter, I sure do.)

At the end of 1992 I wrote a brief position paper as part of a contest involving music in one's life. At that time, I was just starting my seventh year "making a joyful noise unto the Lord", albeit primarily as a volunteer in my local parishes (although I did have a two paid positions on my resume). This was a great opportunity to put down on paper my own thoughts and beliefs about the subject.

While I had made very minor edits over the years, it really hasn't changed much until a few months ago when I added a new section. As my yearly tribute to the second most important female saint in my life, I present those thoughts and beliefs to you (edited for format):

ON BEING A CHURCH MUSICIAN

Music has complimented religious actions since earliest times.  Examples abound:  the myths of Orpheus, the psalmody of David, the chants of cultures throughout the world, the plainsong of the medieval church.  Because of its ability and potential to express the inexpressible, the role of music in spiritual activities has helped to shape the worship relationship of human beings to divine beings.

As some religions became more formal and institutional, so did the role of those who provided the music.  As if in response to a divine directive, people took up the task of praising their god through the inspiration of song.  This tradition, this mission, this vocation has found its way into many Christian churches in past history.  Other than being called as ordained clergy, there is no more significant role in the church than of church musician.  This is reflected by the quote attributed to Augustine of Hippo, "He who sings prays twice."

The gifts are different but the results are the same.  Whether as vocalist/chorister, instrumentalist, organist/pianist/keyboardist, composer/arranger, or conductor, the contribution of good music in the church enhances and elevates an act of worship.  It is a calling as noble as the art, as worthy as the individual, and as dignified as any position in the service of God.

A church musician is more than a person who just provides appropriate music during a liturgy. The true role of a church musician is one of not only aiding prayer, but also one of being a pray-er (one who prays).  It is to assist the congregation in finding its collective voice, to help raise minds and hearts to adore and contemplate what is being worshipped, and to supplement and compliment the action and words of the rite.

Today, music has a vital role in a church's mission.  It is not something that can be use or discarded as one pleases. It has observable functions to those within the church.  There are three areas which music serves to enrich the life of a congregation.

Music's first and foremost duty is to be an integral part of the act of worship.  The use of music helps signify something out of the ordinary is happening, suggesting something other-worldly or supernatural is occurring.  While it helps to raise the awareness of the whole person, music, like candles, incense, and vestments, must blend with the whole of the liturgical experience.  For those who have sat through any kind of liturgy void of music and found it dry and uninspiring, the point is made.

A concern when using music is keeping the focus on the act of worship (and therefore God) and not putting on a show (and therefore not focusing on God).  While artistry is necessary, it must be play a supporting role.  An act of worship is itself a ritual and therefore could be thought of as a performance (meaning acting according to form).  While it is satisfactory that it is done to worship God, it is more pleasing when it is done to the best of the musicians’s/worshiper’s ability.

Congregational members are invited and encouraged to give of themselves in service to their church. By formally participating in a church’s music program, an individual is given the opportunity to develop those talents God has given them and be of service.  They can utilize this resource for the benefit of the congregation as well as their own personal and spiritual growth.

Like the parable of the talents, this gift must not be selfishly buried within the walls of the church building.  Rather, it should be shared with others outside the congregation and used as a means of evangelization.  The enrichment of lives through this means, however imperceptible, is immeasurable.

A church recognizes the social dimension of its congregation.  Human beings are social creatures; the need to simply be with other people is maybe the most overlooked. Performing groups and concerts are ways where this gathering with others can be accomplished.

To be united in a common effort can create a bond between people and a synergy from them. When there is a common denominator, activities take on a meaningful, focused purpose.  When the goal is the glorification of God through music, the activity becomes a prayer.  When done with God's blessing, it has a sanctifying purpose.

This paper is not a definitive statement, but rather a personal reflection.  As maturity comes spiritually, personally, and professionally these views will be enlarged and refined by that better vision.  This definition shall continue to evolve.

One of the great inspirations for music is the Gospel.  The message and the medium fit together well. Music can be use by God to enhance our relationship with Him and others.  Its mystical power speaks to the heart and soul as little else can.

It is said music is a universal language.  Music can be considered the language of the church. God's presence is sometimes aural.  Perhaps music is His voice.

The paper, like me, is still a work in progress. Both, with the grace of God, can mature spiritually, personally, and professionally. May my voice give Him glory.

St. Cecilia, pray for us.

All you choirs of angels, pray for us.

Posted by Ron Rolling at 3:30 PM No comments:

Here are the intentions for this month when reciting the Morning Offering:


Universal Intention - Lonely people. That all who suffer loneliness may experience the closeness of God and the support of others.

Posted by Ron Rolling at 7:00 AM No comments: