A Different "Brick By Brick"

For those of us who wish to see and work for more reverent, beautiful liturgies, progress is often measured, as Fr. John Zuhlsdorf would say, "brick by brick", one lasting incremental step at a time.

Here is another use of the phrase.

PM: Special Edition--Feast Of The Exaltation Of The Holy Cross

While doing this series during the 2016 liturgical year, I knew I would inadvertently omit some major feasts. This is one of them. (I'm sure there are more.) Time to continue to correct those omissions.

We should glory in the Cross of our Lord Jesus Christ, in whom is our salvation, life and resurrection, through whom we are saved and delivered.
V. May God have mercy on us and bless us; may he cause his face to shine upon us and may he have mercy on us
Gal. 6:14.; V. Ps. 66:2

This is also the Introit for the Mass of The Lord's Supper on Holy Thursday. The Cross has brought us all into everlasting light and eternal life. Note how the verse hearkens back to Numbers 6:24-26.

Christ became obedient for us unto death, even death on a Cross
V. Therefore God has highly exalted him, and bestowed on him the name which is above every name.
Phil. 2:8; V. 9

This is also the Gradual for Palm (Passion) Sunday. By His obedience in being brought low by being raise on the Cross and therefore exalting Himself, so are we now raised to the position of adopted children of God.

O precious wood, O precious nails, gently bearing so precious a burden; you alone were worthy to carry the King of heaven, the Lord.

Does the Alleluia verse not invoke the veneration of the Cross during the Good Friday liturgy? Or even recall the words repeated during the Stations of the Cross? "We adore you, O Christ, and we praise you; because by your holy Cross you have redeemed the world."

Protect your people, O Lord, by the sign of the holy cross, form the attack of all enemies; so that our service may be agreeable unto you and our sacrifice acceptable, alleluia.

And how quickly a variation of this verse will be heard. Just before the Prayer over the Offerings, the congregation responds to the priest's exhortation that the sacrifice being offered be worthy. "May the Lord accept the sacrifice at your hands for the praise and glory of his name, for our good and the good of all his holy Church."

By the sign of the cross, deliver us from our enemies, O Lord our God.

In hoc signo crucis vinces. "But may I never boast except in the cross of our Lord Jesus Christ, through which the world has been crucified to me, and I to the world." (Gal. 6:14) "Behold the wood of the Cross upon which hung the Saviour of the world; come, let us worship"
Posted by Ron Rolling at 10:35 AM No comments:

Here I am again, celebrating another 'blogiversary.

Some would say I am just taking up needless pixels and cloud space. I can see that point. This "still, small voice" may have gone past its expiration date a long time ago. Meaningful contributions to "the cacophony of chatter in the 'blogosphere", however defined, perhaps are few and far between. Whatever promise this 'blog had in its beginnings is long gone.

Yet, here I am again, celebrating another 'blogiversary.

One has to remember creating pixels and cloud space, even though a finite activity, seems to have no definite end in sight. As I have looked back at the times when I have re-use previous posts, taking from my store old material, it still has meaning; perhaps I think there is a timeless message within them. While new posts are rare, they still are built upon the foundation of wanting to say something thoughtful and meaningful. And who says the Holy Spirit couldn't spark a renewal? It might be akin to the resuscitation of Lazarus, or it could be more like coming out of a coma.

For better or worse, there still is interest in maintaining this. While life has gotten in the way, this continues to be a part of mine. I think it can still serve some kind of purpose; discerning it is still ongoing.

So I will continue apace with what is routine, even traditional in the life of this 'blog. There are still "so many subjects, so little time", although I have narrowed down what catches my interest. I don't promise anything other than a honest and sincere appearance whenever I do take fingers to keyboard.

Yes, here I am again, celebrating another 'blogiversary.

The light is still on; the invitation is still outstanding.

You are always still welcome to my infinitesimal corner of the universe.

A Day A Score Away

The word "score" has quite a few definitions. Three of them stand out to me. First, as a sports fan, it is the fulfillment of the requirements in the rules to create a point or points. Second, as a musician, it is the manuscript which contains all parts of a composition. But it is the last one which sets the tone for this post. It is a measure of time which spans twenty years.

That is where we are today.

We are two decades removed from the greatest terrorist attack in this country's history. Four hijacked airplanes. Three cities now forever linked in history's annuls:  New York, NY; Washington, DC; and Shanksville, PA. 2,996 lives lost; thousands more altered. A blood red-letter day when we recall where we were when it happened. 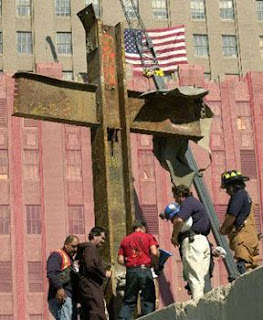 Even now, as the country seems to be taking a new approach to the "war on terror" after twenty years, we still have unresolved questions. As I have suggested in other tribute posts, this is as much a spiritual battle as it is as ideological one. This was an incident where Satan just decided to discard his facade and give us a direct look at his face. "I caused this effect. Look at me. Look at my power. Fear me. Bow to me. Give up and give in." And then we are reminded by our Lord and Saviour Jesus Christ, "I have told you this so that you might have peace in me. In the world you will have trouble, but take courage, I have conquered the world." (John 16:33) The victory is won; however, the battles in this spiritual war still need to be waged. Part of those battles will involve terroristic acts by the enemy and those who agree with him. Turning the other cheek cannot be an option if true justice is required. 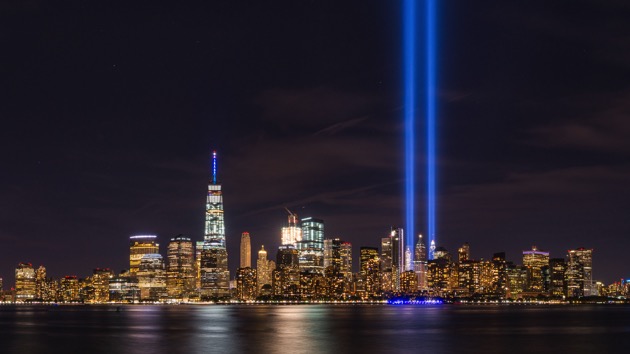 We as a country vowed to "Never Forget". Ceremonies and tributes have and will take place from sea to shining sea. Attend one if you can. Find more eloquent words than mine (in terms of finding them and they being more eloquent, it shouldn't be difficult). And while the idea of turning this into a national "Patriot's Day" has faded, what this means to us as a nation shouldn't. This was a rallying point which allowed us to set aside our differences and come together in a common cause. It is that spirit of unification which is needed now more than ever as we contend with enemies both foreign and domestic, those that legitimately want to do "We the People" great harm.

We grieve with those who still mourn. We aid those who still need our help. We honor those who for seemingly no good reason are not with us. I once again offer these intercessions for your prayerful consideration (as I did in 2007, 2013, and 2018):

1. The souls of all who died.
2. Those who still mourn.
3. Those who seek a just solution. (While this may have been accomplished May 1, 2011, have we really solved the problem?)
4. Forgiveness toward our enemies.
5. Our enemies (didn't Someone command us to do this?).
6. The courage to continue the fight.
7. Peace.

Where have these twenty years gone? Seemingly no closer to solutions. Some peace, but yet an uneasiness still lingers. So does the sadness. Yet we are here. An obligation we have voluntarily undertaken and so will continue to do. And, perhaps someday with the grace of God, it will still retain its meaning without the underlying motivations and become a fitting tribute to a time when Uncle Sam got a black eye and overcame it.

Posted by Ron Rolling at 6:46 AM No comments:

Here is the intention for this month when prayer the Morning Offering:

A reflection for this intention is found here.