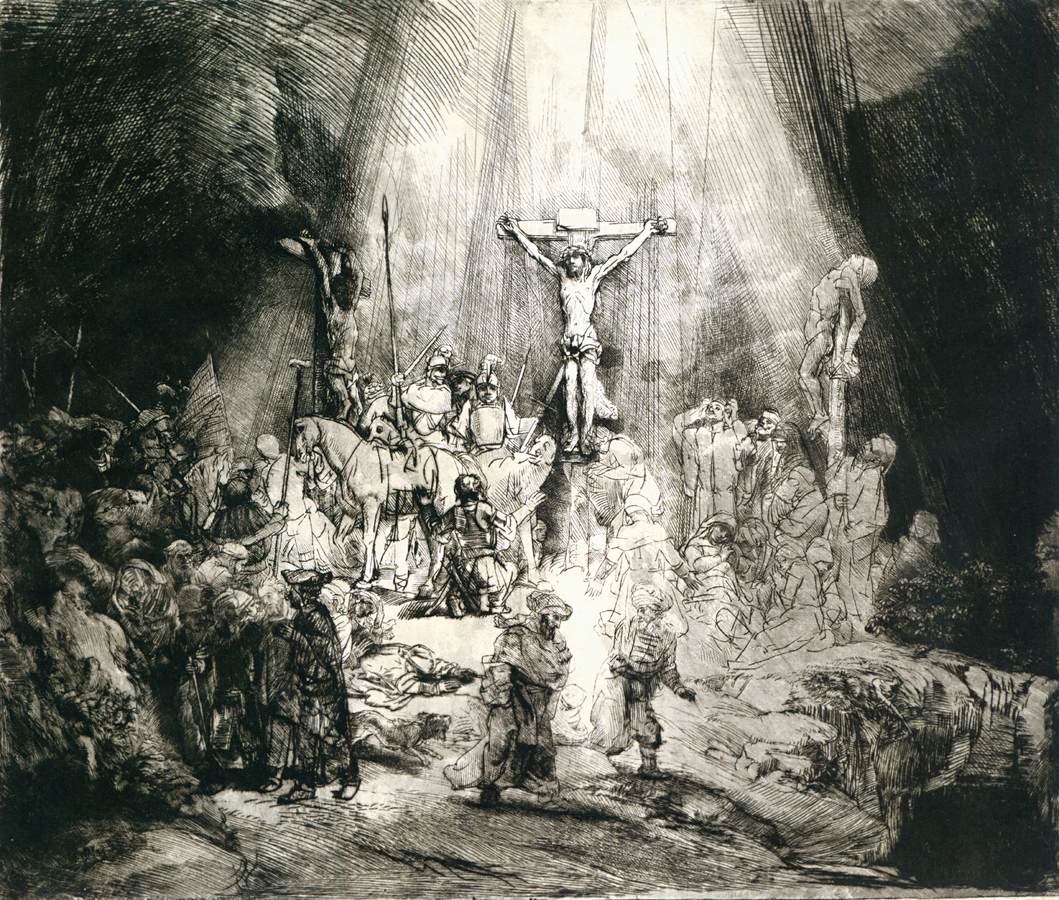 This continues a series of short meditations upon the statements made while Jesus hung on the Cross.

Many of you have or will hear and/or read these or similar words today.

His Hour has finally come. With the coming of the darkness, it seems as if the first day of creation was being undone. Is not, in fact, what has been really happening since His entry into Jerusalem six days ago? Genesis, redux. All of creation is being re-newed. Made new again.

But not by destroying it, as Satan tried to do to Him. Redeeming it with His death. Reconciling it with the Trinitarian Life. Gathering it as He did His Cross. Healing it with the stripes of the scourging. Washing it clean with the blood and water which will soon flow from His side. Offering it all back to the Father.

This new work of creation is done. God has said again, with His Word, it is very good. Jesus has done all He could. Like the groom and bride, Heaven and earth are once again united in a new and everlasting covenant.