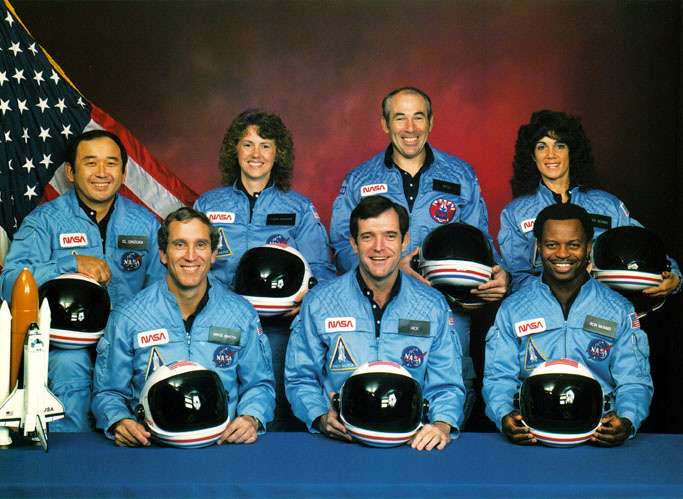 Do you remember these people?

It was 25 years ago today when this crew boarded the space shuttle Challenger on what was to be another in the series of scheduled missions for this space program.

It never saw the 74th. second.

The President of the United States at that time, long having earned the nickname "The Great Communicator," spoke to a stunned country later that day:

The poem to which he referred was written by a RCAF pilot:

HIGH FLIGHT
Oh! I have slipped the surly bonds of Earth
And danced the skies on laughter-silvered wings;
Sunward I’ve climbed, and joined the tumbling mirth
of sun-split clouds, — and done a hundred things
You have not dreamed of—wheeled and soared and swung
High in the sunlit silence. Hov’ring there,
I’ve chased the shouting wind along, and flung
My eager craft through footless halls of air....
Up, up the long, delirious, burning blue
I’ve topped the wind-swept heights with easy grace
Where never lark nor even eagle flew—
And, while with silent lifting mind I’ve trod
The high untrespassed sanctity of space,
Put out my hand, and touched the face of God.

May they have eternal rest. 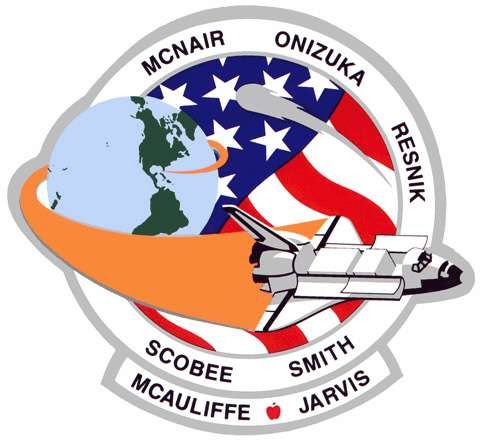